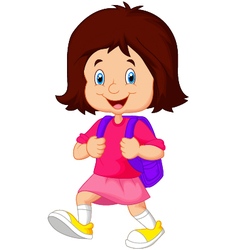 Back in the day, I was the fastest pedestrian in Bangkok. If someone passed me on the pavement, I assumed they were either from Korea or else on the run from the police.

But these days I get schoolgirls in bobby sox and buckle shoes  zipping past me while drowned in their smartphones. This suggests three hypotheses:

2. A younger generation of Thais are walking faster.

3. I’ve learned to live more in the moment, they way even urban Thais used to do.

I’ll ask Sara which theory she votes for.

Here’s something from Bangkok Old Hand. It appeared in a few magazines as well, back when. In Bangkok, it’s better that your average Westerner never walks. Indeed, for a farang, negotiating the sidewalks of Bangkok can be an invitation to a stroke. And it’s not the heat or the pollution that’s the problem; it’s the Western notion that a Thai doesn’t know how to walk.

This news probably surprises your average Thai, who thinks that he has been performing the trick of walking quite adequately, and this from an early age. But merely getting from A to B on foot in this city can be a torment for his Western counterpart. “Thais amble,” this individual will say, as though this were a sin worse than putting ice cubes in your beer (which, incidentally, is also a local custom).

It’s not just that Thais are moving too slowly — that’s bad enough, from the viewpoint of the Westerner as he lopes along flat out, hell-bent-for-leather, even if he has nowhere in particular he’s going. No, it’s more than that.

Just as Thais do, Westerners have a private space which surrounds them — 18 inches is about average with Americans, for instance. This zone of privacy, however, is crucially different in Americans and in Thais. For the American, when he is walking on a public sidewalk, the zone extends to the path ahead. Cognitively, he has already appropriated a belt of territory which extends in a straight line in front of him. By walking at a certain pace and looking determinedly ahead, he signals that this is his space, and you shouldn’t enter into it on a collision course unless you are either a good friend or a mugger. Back in a Western cultural context, this is all quite unconscious. It is only when this private lane is persistently violated that the walker has occasion to ask what the heck is going on, and sometimes in stronger terms than that. In Bangkok, then, from his point of view, there doesn’t seem to be the slightest idea of lanes of traffic. People stop without warning; they step directly into his path; they mill about in impromptu roadblocks. Phalanxes of chattering schoolgirls walk right over him.

The problem of walking in a strange culture, of course, is just one aspect of a much larger issue. The channels and measures of our behaviour can be very subtle. We are often no more aware of them than we are of the beating of our own hearts. But when we are removed from the comfortable familiarity of our particular culture and then set down in another, it may suddenly seem as though everything is out of synch. With every move one makes there is the grinding of cultural gears and the gnashing of teeth. Even an action so basic as walking from A to B in a crowded street can be a source of aggravation. You may feel as though there is a conspiracy to frustrate you at every turn — a collective decision taken without your knowledge or consent that everyone will henceforth move to the beat of a different drummer, a drummer you cannot hear. The essential problem is this: everyone else is out of step except you, the victim of the conspiracy; you know you are conducting yourself properly.

The Thai walking on the street is not deliberately trying to blow all the blood vessels in the hyperkinetic farang’s head. Relatively speaking, it might be suggested, Thais are simply more adept at living in the moment, at enjoying what they are doing for its own sake. It is possible simply to enjoy being there. The thought of constantly rushing about, even when there is no pressing reason for getting anywhere, seems just a little insane, in fact.

Certainly, in these cases, there is no correct manner of proceeding as opposed to an incorrect one. Cultural habits are connected with whole ways of living which have evolved over millennia. It could be suggested, however, that one culture may profitably learn from the other. For example, the simple notion that life has more to offer than the rush to its conclusion is an idea that merits serious consideration.

So, finally, if you must walk in Bangkok (and some, be they Thai or foreign, would argue that this practice is in itself ill-advised), simmer down; try to relax and enjoy what you are doing for its own intrinsic value. All the blustering and attempts at broken-field running in the world will not make Thais change their natural rhythm to suit yours. Nor, of course, should it.

Slow down and take time to smell the roses (more likely the jasmine). Or the city buses and the klongs. Whatever.

4 thoughts on “Learning to walk (again)”