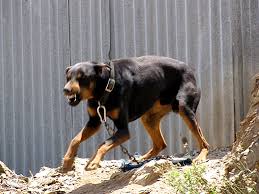 This week Jack tells Tommy and Willie what he learned so far about security arrangements at Luckyland. Willie, Tommy, Mu, and Hip were there to listen to my report — the whole Working Committee present and accounted for. I didn’t get much to go on, I told them. I’d been kept hooded the whole way there, and there were no windows or anything. I did manage to figure out a few things by clever observation and deduction, however. I got no further than telling them about crocodiles and casinos before Willie stopped me. “Oh, yeah,” he said. “Luckyland. They’re keeping her at Luckyland.”

“Of all the joints we have to bust into, it would have to be Luckyland,” said Hip, shaking his head sorrowfully. “Isn’t that just dandy.”

I waited for Mu to say “Oh, yeah; Luckyland” too, and wondered why I was the only person in the country who had never heard of this place before. But she didn’t.

“Hey,” I said. “Why did these jokers keep a hood on me the whole way if the location of Luckyland is common knowledge on the street?”

“It’s a good practice, any time you do a snatch,” said Willie. “You don’t have to do it always, but if you make it a habit, then you won’t screw up when it’s important. It’s professional.”

“They probably just wanted to hassle you, Jack,” was Hip’s opinion.

I gave them everything I knew about numbers of men, layout of the three main buildings, the perimeter defenses, and the central monitoring room. Aside from Fun, who seemed to have taken over as head bodyguard and general factotum, there was a small army of goons and guards. There was one building which was the casino, complete with restaurant, bars, and gaming rooms, both private and open. Another building was a brothel decorated with massive potted plants and gigantic wood carvings. Besides the service staff, these two establishments reputedly were infested mainly with solid citizens. A third building was Luckyland One, and this one was off-limits except to Fat Fat and special guests.

“What about alarm systems?” asked Willie.

“Laser trip-beams along the tops of the walls and inside the grounds,” I told them. “And there’s more — Fat Fat likes to brag about his security systems. The two steel gates have electronic locking mechanisms and are designed to stand up to bulldozers. The laser beams and electric eyes are just in case all the other defenses don’t discourage intruders. The lesser fatman informed me they weren’t much use, really, other than to tell people inside when they should rush to the video room and see the intruders get torn to shreds by the rest of the system. Indeed, one way Fat Fat brightens up a slow afternoon is to tell somebody they are home-free if they can break out. The fun comes when Fat Fat brings guests into the video room and they bet on how far this lucky stiff will get. Only one person has ever even made it past the dogs, I’m told, and that made the crocodiles real happy. If someone somehow ever made it past the moat, he’d be shot from the guardtowers anyway. There are video cameras everywhere.”

Now that I’d listened to myself outline the problem, I really got depressed.

“That’s one game that won’t go on much longer, anyway,” said Hip. “Fat Fat is building the tallest building in that part of the city right beside Luckyland. He’ll have to be more discreet, what with thirty-seven floors of offices and condos peering down into his compound.”

Suddenly I realized this was the condominium I had written the brochure for — I had known where Luckyland was all along. But I decided not to tell anybody about this. Reporters are generally supposed to be able to put two and two together.

Hip told me he’d talked to Far East Panorama about holding his story till later, but they had said it had already gone to press. It wouldn’t be economically feasible to hold the issue back now, even if it was to save a writer’s life. The advertisers would scream bloody murder. But there were still several days before I had to worry.

It was decided I would have to go back to Luckyland, as soon as I got the chance, and get some more information. I should try to find out exactly where they were keeping Bia. And I had to get more on their security procedures, the number and disposition of employees, and more on the general layout of the premises. I should try to see what hardware his men were carrying. If I didn’t know exactly what a particular weapon was, at least I should remember how to describe it, and Willie could work out roughly what kind of firepower we were up against. They would need anything I could get.

Sombat was delegated to contact the cousin who worked on a crocodile farm and to learn what there was to know about consorting with crocodiles in the middle of the night, Willie and Tommy having admitted to very little experience of crocodiles as it stood. They were better on Dobermans, though all they knew about it told them to stay clear of such animals as much as possible.

Other than that, Willie allowed, we would have to sleep on the problem. This was a challenge.

Tommy and Hip were deep in conversation; I couldn’t follow more than five percent of the Thai. Mu and Willie also started up in Thai, and I was left feeling like a fifth wheel.

That night I told Mu they still thought Bia was my girlfriend, and how they were surprised she was a virgin. I also had to tell her that Fat Fat had in mind correcting this oversight on my part at an early opportunity, that occasion being his birthday, which wasn’t far away. It was a good idea to get her out of there as soon as possible, was the way I saw it; and Mu said yes, that was a good idea.

I wanted to tell Mu about seeing a man shot dead for sport. And how it felt to have these men tell me they would cut my hands off. I wanted to tell her about the kids who were forced to degrade body and spirit to satisfy the whims of a bunch of assholes. But what I told her instead was “Bia is fine; if we get to her soon, she’ll be okay. I’ll be okay, too. They only want to do some writing for them. Some PR.”

She could see I was not doing too good on the high spirits front. So she did a lot of playing around and laughing and so on, even though she was probably as depressed as I was. And I loved her for it.

And this was a big surprise to both of us, though Mu didn’t say anything.

In the morning, she told me I should find a friend to stay with someplace the other side of town.

Next week Jack has to review his situation, even ask himself whether it isn’t time to return to Peoria and maybe settle in, write obits for the local rag or something.