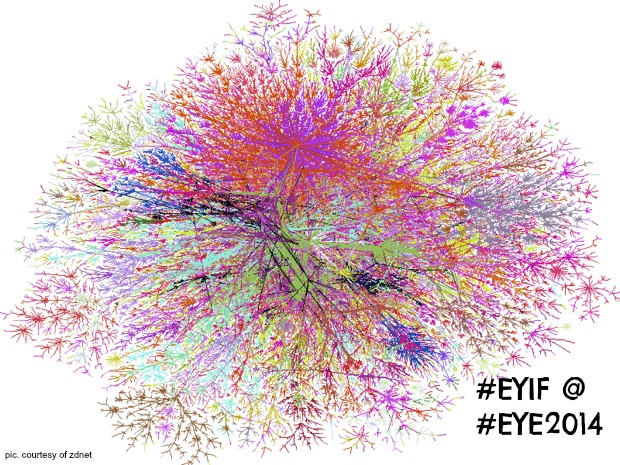 A few weeks ago we saw how our preferred books, movies, music and choices of underwear, rather than being determined by critical intelligence, instead tend to represent the calculations of surveillance capitalism as these emerge from black-box AI, remaining largely opaque to us lucky beneficiaries of all the algorithmic concern (Pandemic books, pandemic reviews).

Caught in a sticky network

From the time you get up until the time you go to sleep – even beyond that, should you use a digital sleep tracker – the average twenty-first-century citizen is subject to constant surveillance, caught in a interrogative crossfire. This sticky network fixes your locational, attitudinal and behavioral spoor 24/7, holding it for digital spiders that come to collect all this lovely data and cart it off to Big Data centers where the information is digested and construed in ways that help the spiders spin ever stickier, ever more extensive webs that ostensibly maximize your material pleasure and security while minimizing personal peril and pain.

Life in the goldfish bowl

That’s right. And not far down the road lurks a world where ubiquitous internet connectivity has every public space and every public surface absorbing new information as fast as it disburses (some of) what it already knows. In this world – mirrorworld, the IoT, the Goldfish Bowl, call it what you will – private spaces no longer exist, where the very notion of privacy enjoys a cachet similar to that of “out of date” or “stoopid.”

Just saying, eh? Plus exactly who or what is it that’s calculating what will make me happy and specifically what pain it is I don’t need?

There’s much more to it than that, of course. But I can’t let the Powers That Be know everything I know about them and their game, eh? For example what measures we might use to stymie whomever or whatever is out to get us. … Whoa! I didn’t say that.

The City pulses and purrs at the prospect of total control. It throbs and flashes, sparkles and writhes, smoothly cycling Chinese and English versions of all the hullabaloo.

The greatest surveillance machine in history reflects upon itself in all its manifold machinations.

The City, the greatest surveillance machine in history. That was before the rise of the United Securistats of America. Then came the Malls. And the PlagueBot.

Read all about it in the MAGIC CIRCLES series of novels.