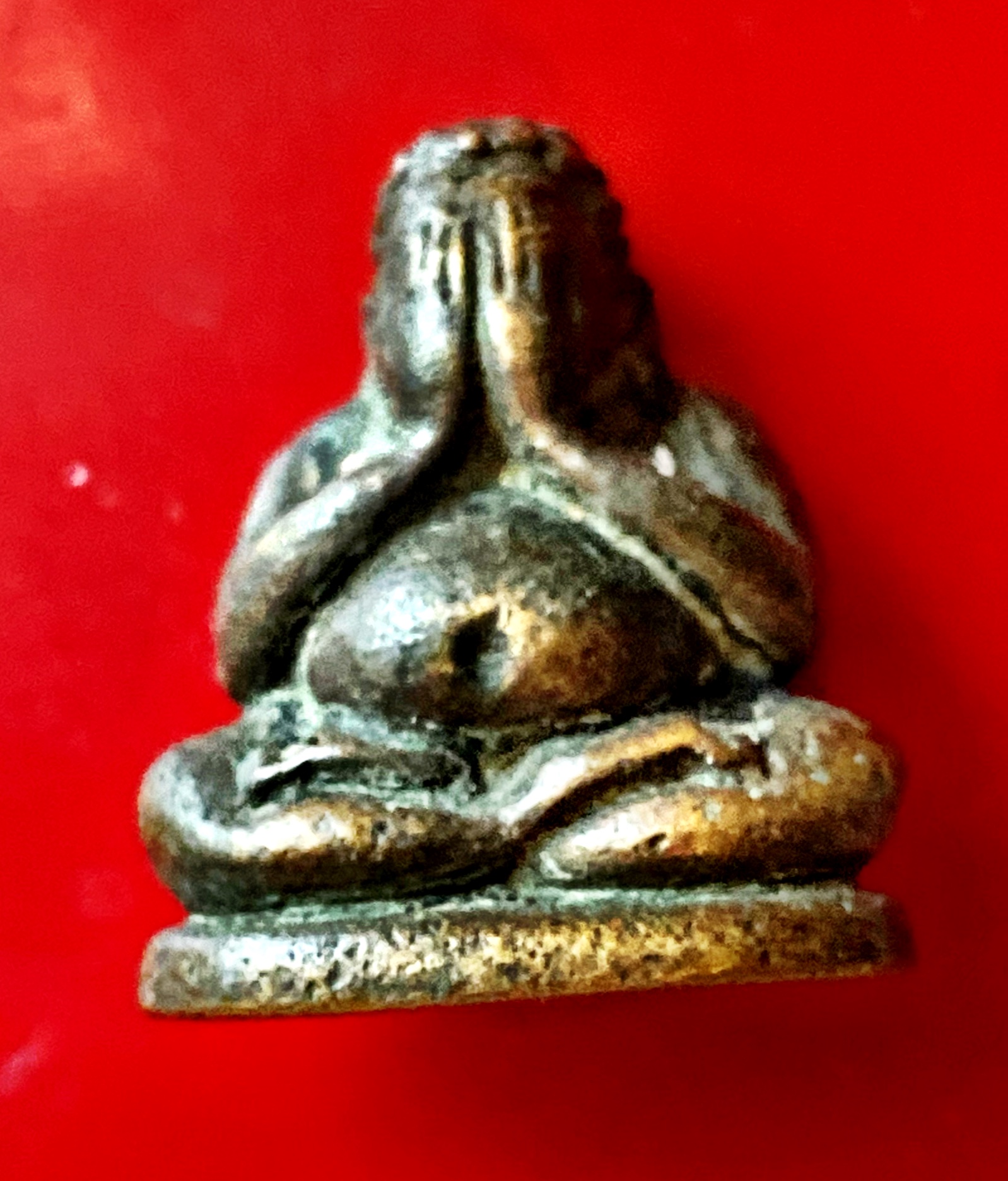 This week Jack tries to undo some of the damage he has done to himself. Meanwhile, Mu does what she can to bulletproof him against any and all of life’s slings and arrows.

All of existence was one big chocolate mama’s teat. My whole being was gumming and sucking and pulling at this liter carton of chocolate milk, the cold soothing sweet torrent smoothing the turbulence of my tormented soul. Oil on troubled waters.

“You have hangover?” Mu enquired, her voice conveying no sympathy whatsoever.

I drained the carton. Then I moaned softly as I rolled an almost frozen giant bottle of cola back and forth across my forehead. “Ahh, God,” I said. Pain and ecstasy together shaped my visage into something you might have seen on a Shi’ite fanatic as he flogged himself through the streets with a cat o’ nine tails. “This is what it was originally designed for, in the beginning, before anybody thought of drinking it.”

Mu was paying me no heed, now. This was supposed to tell me she was not happy with me.

Having chilled my fevered brain somewhat, I unscrewed the cap and proceeded to gulp half the bottle straight from the neck. Ice-cold cola gushed, blasting down my gullet, little diamond bubbles rasping out the gunge in my throat. I punctuated the half-way point with a resounding belch, and then drained the rest.

A remarkable tour de force of cola-drinking, it nevertheless went unremarked by Mu, who threw herself on the bed with a newspaper. I rolled over beside her, every bone in my body aching, every internal organ bruised, the cola and chocolate milk sloshing back and forth in my belly like a tidal wave. I rolled from side to side a couple of times in an experimental vein, listening to this phenomenon with surprise. “Hey!” I said. “Listen to that.”

“Jack, you listen to me,” said Mu. “You have to be more careful. You can’t go on doing the things you do. This is Thailand; you don’t understand Thailand. It’s not the same as your home.”

This hurt me, seeing as how I had come to think of Thailand as home. Even this zoo I lived in, this apartment, felt like home to me; and here was Mu saying it was not my home. At the same time, I admit, I did not understand Thailand. That much didn’t bother me, because it was true and there was no use my saying it wasn’t. But I was learning. For example, I was learning, not for the first time, that waiters in Thai restaurants snuck up all the time and replenished your Mekhong soda from the trolley behind you, so if you didn’t watch yourself you drank more whiskey than you knew what to do with; you stood up to leave and you found you had no legs to stand on. Rhot and Dok and I the night before, we had drunk more Mekhong than we knew what to do with. Then I had come back and punched a hole in the bedroom wall with my already infected hand, worried about Bia and wondering who was doing these things to us and why.

And now Mu was going to take me shopping.

Down by the river, near the Grand Palace and right in the heart of tourist Bangkok, there is a little market area much favored by Thais. You can get anything you want in Tha Phra Chan. The average casual visitor to Tha Phra Chan never sees the really interesting part of things, though. Walk down one of the tiny lanes towards the river, and you discover a parallel universe running along the water: rickety plankways and noodle shops built out on wooden piers lapped at by boatwakes and the screams of the longtail taxis; stalls selling everything from amulets of rare provenance and power to dried lizards with forked tails and big tiger cowries in leather thong baskets. Bronze Buddhas stand beside portly Ganeshes and multi-limbed Shivas. Bug-eyed Cambodian figures cast in iron sit cross-legged, erect dicks in hand. Spiked brass knuckles and switchblade knives are laid out for those who prefer more workaday indemnities. Things more interesting still lurk hidden away beneath the counters, waiting for the passing aficionado. The main items of merchandise, however, are the amulets — tens of thousands of Buddha images and venerable monk images in every metal known to man, as well in tablets of clay mixed with various magical substances to lend added power. You can spend anywhere from five baht to 1.5 million baht on one of these things, depending on how potent the charm is and how badly you want it.

Mu had a favorite eating spot down here, I was distressed to find out. So there was nothing for it but we had to fortify ourselves before taking care of bisnet, never mind I was still awash in chocolate milk and cola and pain. Sitting across from Mu, the late morning sunlight glancing up off the river into my eyes, I was vaguely aware of her pique, one more thing making me uncomfortable on this hot morning in Bangkok. She was silent, at least, and for that I was grateful even though I was not supposed to be.

Mu had ordered a purplish mess of stuff she called su-ki, something that brought to mind a gut-shot toad in a bowl.

“You eat something,” she told me.

She stabbed with chopsticks at the thing in her bowl. “You drink too much. Drink, drink, drink. You will make yourself sick.”

This was no great insight, given the condition I was in already. The truth was, I didn’t want a beer; I just wanted to feel better.

Now Mu was rooting around in her bag, the toad safely subdued for the time being, and she came up with a handful of little bottles and foil cards. I watched as she assembled a heap of capsules and tablets on the table. There was high-potency vitamin B complex, vitamin C, aspirin, Lomotil, which I didn’t need, and Valium. Valium?

“Mu. What are you doing with Valium? Are you taking tranquillizers; what is this?”

“This is not for me.” Mu looked at me with some contempt. “It is for you. Jack, you are too hot, these days. You must cool down.” She suddenly got all soft and sweet, and she said “Please. For me, Jack. It can’t hurt; you take a couple of these every day till you feel better. Till you relax a bit.”

Now I was really shocked. She wanted me to take tranquillizers. Me! I couldn’t believe it.

“Mu. I am cool already. I am so cool I normally make Jesus Christ himself seem impulsive. But things have not been standard, these past few days, you know? There are some kinds of pressures on me, like for example people are shooting at me, when they are not instead kicking me and saying nasty things to me. And half the time I don’t even know who these people are or why they wish these things should happen to me. And they tell me they kidnap my girlfriend, and they do kidnap your sister; and I can’t even work at home any more because I don’t know what’s going to happen from minute to minute; we could all be shot dead or kidnapped. None of my editors are ever going to pay me; and we’re almost broke. I can’t write anything even with my new computer, I don’t know how to operate it yet. I can’t get near it; everybody else is using it to learn touch-typing or spreadsheets. And you tell me I’m not cool? I’m practically a frigging saint, I’m so cool; let me tell you. Sitting here with a hangover besides, dying of the heat. Look, I’m going to order a beer, okay?”

I was sweating quite a bit, after all, what with the long reasoned argument I had just come up with. A man had to replace the bodily fluids, not to mention how was I supposed to swallow all these pills without something to drink?

Mu ordered me a lime juice and a bowl of jok. The girl waiting on our table ignored my order for beer. Maybe she hadn’t understood me. The juice, icy cold and flavored with both salt and sugar, was refreshing; I had to admit it. The jok — rice porridge with fresh ginger and garlic and shrimps and a raw egg stirred in — actually went some way towards making me feel human again. I was still sweating like a pig, even more than that, what with the hot porridge in me, but it almost felt good. Mu was more favorably disposed towards me, as well, now that she could see I was suitably impressed with her know-how when it came to this hard business of living. And the vitamins and aspirin were adding their fine placebo effect, though I wasn’t about to take any tranquillizers, then or ever.

Although if you were to have talked to me awhile later, I might have told you different. For about two hours after breakfast we went around this amulet market. Mu had long discussions in Thai I didn’t understand one tenth of; and we got to check out probably ten billion placid little figures, ninety percent of which looked the same to me, though Mu assured me they weren’t. And we had every amulet vendor in the place leering at me and trying to sell me ai kik, just because I was a farang. Phalluses carved out of wood, out of bone, out of ivory. Phalluses big enough to unman you; strings of phalluses like firecrackers. Phalluses with monkeys riding piggyback; phalluses with tigers. After a while I stopped leering back, and I said “Screw off” and things like that. This had the effect of causing Mu to scowl, so then I would smile at the vendor in the way I imagine snakes would smile at birds, if only they could smile.

Other people, Thais, were also going around staring at amulets. Some of them even had jewelers’ loupes so they could stare harder. I was over hobnobbing with a group of these experts, wondering what they were looking for, when Mu called me back. “Jack. You hold this.” Mu gave me a dirty bit of clay, about the size of a 50-satang coin. On it there was a stylized figure in bas-relief. It had its hands over its eyes.

“Um,” I said. “Yes.” Sure I felt it, as benumbed as I was by the morning’s proceedings I still had my faculties about me, most of them. This was the right answer, in any case, because it meant our search was over. Finally, Mu had found what she was looking for. To me it was much like most of the other doodads we had seen that day, but she assured me it was special. And it did make me feel better, I don’t know why, having this thing around my neck. What I said to Mu, though, was this: “Why didn’t we get a metal one? It would stand more chance of stopping bullets.”

But Mu just got mad at me again; and she wouldn’t talk to me till that night.

Next week Jack picks up some more survival lore in a variety of colorful settings.