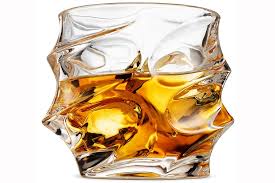 In the last chapter, Jack had dinner and a few drinks with Fat Fat.

When I got home I found Mu in conference with Rhot and two men I had never seen before. It turned out these dudes were a couple of Mr Fix-its the friend of a friend of her cousin’s had come up with. They reminded me of the guys that did me in the lane, not Fun, but the others. I looked at them hard to see if they reminded me of that face on the motorcycle, the one behind the muzzle of that 11mm pistol, but it was no dice.

They gave me some hard looks of their own, and then were surprised when it turned out this was my joint and they were my guests, though I personally would never have invited them in.

And Mu looked me over as though I was a bill collector; then she sniffed at me. I was still wet with whiskey.

“Where were you?” she said to me, speaking in a way designed to tell me that, wherever it was, I could have stayed there, for all she cared. “You’ve been drinking.”

I could hear this tone in her voice, like, “Here we’ve been living together almost a year, and you always told me you were a Presbyterian teetotaler, yet now look at you.”

“Mu,” I replied. “I have been to see Fat Fat. And he made me drink; I didn’t want to. Although to tell the truth I could use a glass of something now.”

I still had a bottle of Black Label whiskey stashed away, all that was left from the payment for the story on Thai drinking habits, the one for the magazine which then discovered they had no money to pay their writers, so they had to draw on their barter accounts with advertisers. They had just enough real money for the printers and advertising sales staff and so on. And for the editors, of course. It wasn’t as though the writers were in any way vital to the production of a magazine, after all. But the bad habits of editors everywhere were neither here nor there, under the circumstances; and I was merely feeling sorry for myself. I poured myself a generous shot and then did the same for Rhot and the two hoods.

“Jack, can I see you for a minute in the bedroom?” Mu obviously had something on her mind. She closed the door behind us.

“Jack, you write crazy things about dangerous people and you get yourself banged up, that’s okay, I guess, though you are my man and I don’t need you banged up. But then you get my only sister kidnapped and I don’t know what is going to happen to her. And then you go out and get drunk and leave me alone here. I don’t know where you are; maybe you’re finally dead after all …”

“Jai yen yen,” I started to tell her, seeing she was overwrought, and thinking she would calm down when I told her what the real story was. So I was surprised when Mu slapped me right in the head, this being the same head that was already bruised from various other attacks on it by people who meant me no good. But to have my own woman doing her bit to add to my discomfort was too much. This not only surprised me, Mu never having carried on in just this way before, it hurt my feelings. And then she also punched me in the shoulder.

“Mu. Please do not hit me. I am sore enough already.”

So Mu grabbed me in a hug, not trying to cave in my rib cage, I guess, though it did hurt like hell, but mainly to say she was sorry. “I was so scared. I thought they killed you. Why didn’t you phone?”

“I did not come home and I did not phone because I was kidnapped. I have been to see Fat Fat, the man who has Bia.”

No, I had not seen Bia, but these were the people who had her. This was the man who had Fun do a job on me, though he said he had never had anybody shoot at me, yet. He knew all about who I was, except he had me figured for the wrong writer. Which was just as well, since I would have been dead if he hadn’t thought I was Izzy Scoop, and not merely some farang who hassled tape vendors. Though of course the bad news was they still might kill me, if I wasn’t careful, only I didn’t tell Mu this. And Fat Fat also knew who my girlfriend was, only he was wrong because he was holding my girlfriend’s sister, no matter what he thought.

I had to explain everything again, after we went out from the bedroom, and as soon as I got to the part where I said it was Fat Fat who was the problem, Mu’s hard men suddenly remembered they had cakes in the oven and their mommies were calling and everything. They finished their drinks in a hurry and said to Mu there wasn’t enough money in this whole neighborhood to finance a hit on Hung Fat, and thanks for the drinks they were going home.

Wrong-Way Willie was right. It was hard to find good help, these days.

I was feeling a little weary and more than a little wired at the same time, and I asked Mu if we could just go to bed. We would have to think about things in the morning, okay?

What I needed was some loving. I tried telling Mu a couple of long jokes about farangs and Thais, but she didn’t laugh and I didn’t blame her. Even when I described to her what was Thai Heaven and what was Thai reality. A Thai editor told me this one. It seemed that Thai Heaven was living in an English house, eating Chinese food, drawing an American salary, and having a Japanese wife. The reality of things, which was not too dissimilar to Hell, he said, was living in a Japanese house, eating English food, drawing a Chinese salary, and having an American wife. By the time I explained why this was supposed to be funny and that, no, I didn’t want to live with a Japanese woman instead of her, I didn’t find it very funny myself.

Then I put her panties on my head, but my heart wasn’t in it; I only felt kind of silly.

And I could tell Mu was also feeling not so hot, so finally we just cuddled up and waited to go to sleep, which was okay. It helped me relax as I drifted in and out of sleep, troubled dreams gibbering away on the fringes of consciousness like rumors of bad news.

Next week Jack survives a chopper attack, and Willie and Tommy come up with a plan.