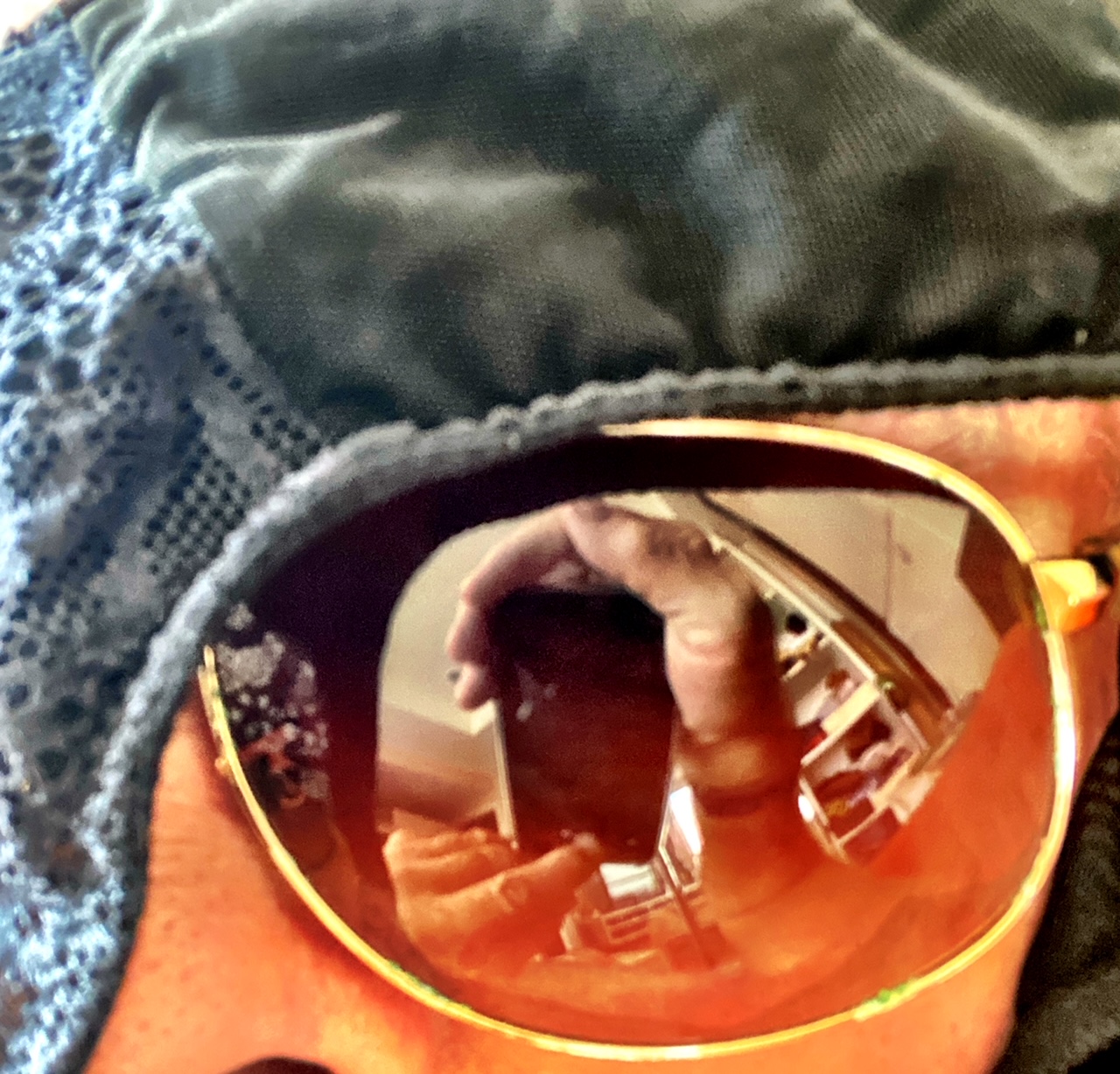 I got stuck with the handle Jack Shackaway. If you think that’s something, then get this: my girlfriend’s name was Mu. That means “Pig,” in Thai. But don’t get the wrong idea — this lady in no way resembled a pig. She was probably fat when she was a baby, so they hung this moniker on her; and, unlike the baby fat, the name stuck.

I was happy this lady was not too fat, this day I got back from the shooting. Mu was sitting on the edge of the bed in a towel, fresh from her shower, luscious. She was frowning. I had known this lady pretty well for a whole month before she let me see her without any clothes on. She would come to bed in a towel, and wanted the light off when we made love. In the night she would say do that some more, it’s nice, as I ran my hands ever so lightly all over her body looking for Caesarean scars and suchlike. So I was relieved finally when she loosened up one evening, and I got to see there was nothing wrong. Nothing at all, in fact; quite the contrary, you might have said, and I could have wished she wasn’t so modest still. Sightings of her unclad body were rationed out like some precious non-renewable resource. It could be I’d never get jaded this way; I tried to look on the bright side.

At this particular time I had Mu’s panties pulled down over my head, and I was peering at her out of a leg-hole. To tell the truth, that was all I was wearing just then, except for a conservative pair of powder blue Y-fronts Mu had bought me the week before. I was Cyclops rampant, you could have said, although I didn’t want to explain this idea to Mu; it would take too long and furthermore probably spoil the mood I was trying to create.

“Disgusting!” she told me. Even when I zoomed in on her and ogled like crazy through my frilly porthole on the world, she was still offended. She wrapped the towel around her more tightly, and set her pretty little frown a bit deeper. She edged away from me on the bed, and I was hurt.

Thai women are as a rule modest. Too modest, is how I would put it. For a gang of ladies who have some of the finest chassis this side of your favorite adolescent dream — not to mention their warm and generous personalities — they are most unkindly reluctant to let the rest of mankind view this commodity. Part of the problem is their religion tells them that the lower parts of the body are base in nature, and should be kept out of the public eye. The head, on the other hand, is the highest and, therefore, the noblest part of the person. So for me to have Mu’s undergarments on my head was disrespectful.

“This is my head,” I told her. “It’s okay if I’m disrespectful to my own head. I know I’m only fooling around.” This sounded reasonable to me, but Mu was a Thai, and she was giving me the idea this was not the Thai Way, whether it was my head or not.

“This is not funny.” That was her opinion. In fact, she had been telling me all about my general ignorance of all things Thai, and about how this was going to get me killed, sure, because even if nobody else did this thing then she was going to, one of these days.

Mu was too serious sometimes, especially when it came to sex. She was the first to admit this. It had something to do with her childhood, no doubt, though we couldn’t figure out what, exactly. She was never forced to study geometry while being sexually abused, or anything of that nature. Or so she said. But it was nevertheless the fact that as soon as sex appeared on the agenda, she was likely to get more and more subdued until you could have described her as totally morose and not have been wrong.

This was at first very frustrating, as you can imagine, seeing as how the lady was built along lines designed to turn young men’s fancies to thoughts of unrestrained love-making. Even men who were not so young, such as myself, but who only acted like they were.

“How old are you?” she asked me. “Sometimes I think you are just a little boy. And you are supposed to be a big ‘freelance journalist.’ How can a little boy be anything?”

By accident, one day, I learned that there was a way to brighten Mu’s outlook on the business of having a good time in the sack. I discovered this by rolling off with a big sigh of satisfaction and then falling down between the two beds. It could have happened to anybody. I thought I was on a double bed as usual, but we were in a Pattaya Beach hotel with twin beds; why I hadn’t pushed them together in the first place I don’t know.

As soon as I disappeared down between the beds yelling “Holy shit!” and furthermore landing with my butt in the ashtray, I took to hollering even ruder things, and Mu got the idea this was something funny, so she took to laughing fairly immoderately from my point of view at the time.

Still, it was worth it to find this key to Mu’s libido. Because even though just before my abrupt disappearance from view I had given what I liked to think was my all, Mu turned into a glutton as soon as she stopped laughing, and she was set to go once more or maybe even twice; could be she was hoping to see me fall out of bed again, this was such an entertaining sight. She was so enthusiastic it rubbed off, and I surprised myself, if not her. For all I knew she thought it was normal.

I would have fallen out of bed any number of times for the sake of the good times we had that day. And now I knew that foreplay with Mu meant getting her laughing. Once that was out of the way, the main problem was keeping up. So this day I got back from having my typewriter shot, I was engaged in foreplay. “I take your panties off my head, you take my shorts off.” I inched closer on the bed to make this job easier for her. Mu and I were best friends and lovers too, despite what I told you already about her frowning and all, and she set about doing what I suggested, even though her gloom didn’t lift noticeably. An innocent bystander at first might have thought she was a morgue attendant about to unwrap a cadaver.

Then I was unwrapped, and she was speechless for a minute. For here was Cyclops rampant all over again, a one-eyed happy-face painted in three bright colors, and it was nodding and leering at Mu in what I thought was a very fetching manner.

She gasped a couple of times, though not necessarily with admiration, because then she said “You must show more respect.” She looked stern as she brushed her hair back from her face and took a closer look at this outrage she had found in my shorts. Then she started to laugh. Only a little, at first, like a starter motor on a cold morning; but it picked up, and finally the whole thing was a great success, because she laughed and rolled around till tears came. She grabbed the one-eyed trouser snake in a fist and shook it back and forth, telling it how naughty it was.

Mu was by no means the same shy maiden I first took up with.

And I guessed I was forgiven, for the time being, for not knowing the first thing about getting along in Thai society; and I snuggled down with Mu, thinking I would get a nap and wake up later feeling even better.

Then there was a crash from outside the bedroom, and Mu said, “I wish Bia would be more careful.”

I could hear Granny yelling “What? Arai na?” over and over, and this was followed by a general hubbub of voices, most likely all of them telling Granny nobody said anything. There was another crash, and I could hear Cousin Sombat hollering for a little peace and quiet, he had to get his rest.

Next week we encounter Mu’s various minions and get an overview of her many ‘bisnets.’