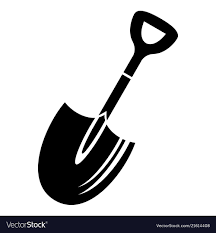 In an earlier post I promised to expand on a recent incident where I pulled the pin on a conversational grenade. Yeah, and then I dropped that word ‘niggardly’ right into the middle of a chat.

I’ll begin by saying that to label a certain world leader a corrupt and ignorant buffoon is merely to call a spade a spade. Or so some might claim.

But am I indeed allowed to do that these days? Can I call a spade a spade and remain civil, in PC terms? I could find myself caught between a rock and a hard place, with the radical right trolling the bejasus out of me for bad-mouthing their leader, while the radical left cancels me for implicit racism.

I became sensitized to such issues during a recent phone conversation with an American friend. A Californian, in fact. My use of the word ‘niggardly’ elicited a gasp of horror followed by a pregnant silence.

Eventually he regained his breath and told me this: “There are a lot of places back in the States you wouldn’t want to say that.”

His gasp was less gaspy this time, but I could hear it. “Yes,” he said.

Already I was online consulting an etymological dictionary.

Etymology. Niggardly (noun: niggard) is an adjective meaning “stingy” or “miserly”. It is derived from the Middle English word nigard, which is probably derived from Old Norse nigla, meaning “to be poor”, which itself is most likely derived from hnøggr (“stingy”).

Nothing whatsoever to do with niger, the Latin for ‘black.’

It’s a slippery slope. Next thing we know, conceptual thought and language use are no longer admissible in woke company, since thoughts and words come burdened with transgressive pedigrees, actual or imagined, an inevitable baggage of power-hierarchical shenanigans, connotative blows and barbs to tender sensibilities everywhere.

I said that in an earlier post, and I kind of like it. So I’m pleased to use it again here.

I first read Robert Hughes’ Culture of Complaint: The Fraying of America back around 2008. Even more than I did then, I’m finding Hughes a brilliant cultural critic and a wildly funny writer, skewering the thought police on both left and right with equal abandon, at the same time he chronicles the rise of anti-intellectualism in America and much more. Re-reading this collection of essays now I keep thinking how contemporary it remains, and how everybody should read it.

Anticipating my remarks regarding woke proscriptions of ‘niggardly,’ Hughes had this to say:

‘In an academic world where an administrator at the University of California in Santa Cruz could campaign against phrases like “a nip in the air” and “a chink in one’s armour”, on the grounds that such words have expressed racial disparagment in other contexts, anything is possible.’ But the waters of PC would eventually recede, Hughes believed, ‘leaving the predictable scum of dead words on the social beach.’

Now, about 18 years later, we can see he was quite wrong about the PC waters receding (if not about the flotsam of dead verbiage).

In the pages following that passage, Hughes also remarked how partisan language was exacerbating divisiveness in the US social and political spheres, and how domestic prejudices, socio-economic disparities of one sort and another and anti-elitism/anti-intellectualism had left a large portion of the population feeling disenfranchised — something that was to set the country up for Trump’s 2016 election win.

Rather than review the whole book here, I’ll just recommend you read it.

And here’s an additional bonus from the excellent Asia Times — the fuck liberals hypothesis is only part of this story.

4 thoughts on “Rocks and hard places”