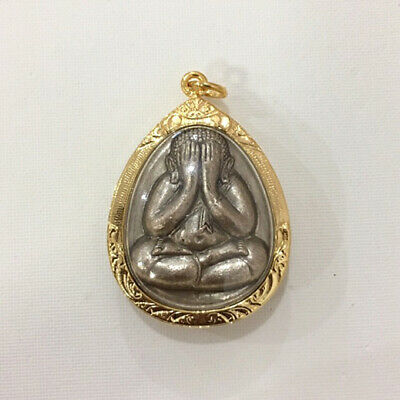 Compared to 2020, all previous years, even the Disco Era, were the golden age of human existence.

Good riddance 2020. The year from Hell, right? So everyone says. But it’s really only a matter of how you look at it.

Whatever. Here’s something from a collection I call “Leary’s Laws,” call it a gloss on Dave Barry’s above comment.

Things are always going to get worse, and we just have to take what friggin’ solace we can from that. What it means, we’re always living in a golden age, at least looking back from any time in the future.

(Leary, in Yawn: A Thriller, by Collin Piprell)

In our last SIDECAR post, we learned about Leary’s elegant manner of speaking, given his background as an offshore oil platform manager. He employs a range of linguistic condiments that draws the line at anything spicier than salt (‘gosh’), pepper (‘darn’), and sometimes mustard (‘friggin’).

He was already something of a mystery when he first appeared to me many years ago. I was writing Bangkok Knights, my first book, and a minor character called Leary quickly took on real flesh, even though he was no one I’d ever known; he was in part a composite of people from my underground mining days and an oil platform worker I’d once met on a fishing boat, not to mention others encountered on diving adventures around SE Asia and individuals encountered in Bangkok bars.

Leary’s main Bangkok hangout was Boon Doc’s. In Knights, Leary was in his early forties. He turned fifty several years later, in my novel Yawn. At this point in his life, he was partners with Big Toy and Dinky Toy in a Pattaya bar call Hot Licks, and he ran the Down Down Scuba Center, the diveshop next door. He was also writing a book called Half Full, the story of his first half century.

the world according to leary

* Things are always going to get worse. Call that a natural law, and we just have to take what solace we can from it. What it means, we’re always living in a golden age, at least looking back from any time in the future.” (Yawn: A Thriller)

* Most of us are still looking for security when we’re lying there on our death beds. But it’s a myth. A superstition. There’s no such thing, and that’s pure and simple fact. (Yawn.)

* There’s no urge more primal that the need to look good. I call this the Cosmetic Imperative. (I believe my Ellie is the one who actually coined that phrase.) Why else would anybody lie in the hot sun for hours, for example, unless they’d been staked out by the bad guys? But you get people who faint when they get a sliver otherwise subjecting themselves to hours of agony in search of the perfect tan. (Full of It, by Leary)

* That’s life: friggin’ love and taxes. And death. No getting away from ’em. But marriage, that’s another thing. That’s up to you. (Bangkok Knights)

* Immortality isn’t all it’s sometimes cracked up to be. It’s like trying to write a book without a deadline. It removes an existential undertow, a sense of urgency that helps people focus, get on with doing things while there’s still time. (Genesis 2.0)

* Think about it. If you take the “you” that you were at some distant point in the past – like a slice of your life, a cross-section of a morphingly continuous sausage – and introduce this individual to the slice who is you, now, it’ll be like two different people, strangely close yet largely strangers. Any “you” that you are now is only related by a series of family resemblances to any “you” you ever were before. Ellie explained all this to me once, or maybe twice. (Genesis 2.0)

* A yawn is nothing but nature’s way of letting a married man open his mouth once in a while. (Yawn)

* Like the old saying goes: ‘Next to no wife at all, a good wife is best.’ And a good wife is a friggin’ orphan, for starters. You can call that a gosh-darned rule to live by – a law of nature. (Bangkok Knights)

* When you’re fishing for bass, as soon as you get a bite you yank on the line. Bass don’t deliberate. Neither do pike. They bite or they don’t, and when they do, they don’t mess around. They swallow the whole darned bait – hook, line, and sinker. Trout, on the other hand, they like to dither; and a good trout fisherman understands that. Trout nibble and nudge and circle around. A good trout fisherman isn’t going to yank at the first sign of interest. That’s enough to put a trout off the game completely. No, you let the fish think it can dither all it likes. You tease it, whip it up into a gosh-darned frenzy of desire till finally it forgets it’s a trout and thinks it might be a bass. (Yawn)

Happiness and the ends of human endeavor

* Sweet is all the sweeter for the occasional taste of sour. (MOM)

* You’re the way you are, and that’s the way you friggin’ are. Stuff happens and you deal with it. Sometimes you do it well, and sometimes you screw up. But you can’t go around worrying about it. Gosh. There isn’t enough time for that. You got to get on with living your life. No matter which way you go, you’re going to wind up dead one day. (Yawn)

* I personally would’ve set aside an eighth day, probably right after the sabbath, and put my mind to some last-minute refinements – things like a rewind button on existence. But it’s too late for that now, and we’ll just have to make do. (Full of It, by Leary himself)

One of these days I’ll post ‘Ellie’s Laws,’ wisdom from Leary’s wife.

2 thoughts on “THE BEST OF TIMES”